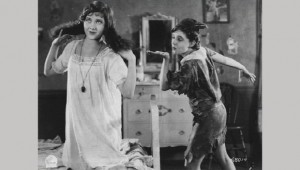 This contest is closed. Congratulations go out to FFC reader, Heather Carter! Thanks to everyone who entered. The Carnegie in Covington has announced that it’s next Carnegie in Concert production will be a silent film with live music. Now, it’s not just any silent film…. we’re talking about JM Barrie’s Peter Pan, a story that… [read more]