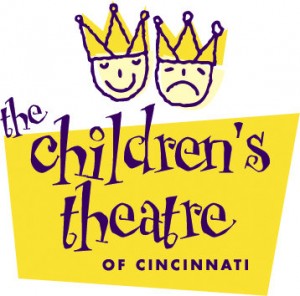 This giveaway is now closed. Thanks to all who entered.  The winner has been contacted and confirmed.

My daughter wants to be a mermaid for Halloween this year.  She has visions of a sparkly mermaid tail, long beautiful hair…and me pulling her around for Trick or Treat in a wagon full of water.  Well, we know that last part is not going to happen, but, I bet she’d settle for a showing of:

The Children’s Theatre of Cincinnati presents Disney’s The Little Mermaid JR. this October at the Taft Theatre!

As are most kids, she is very excited about this show, and so am I.  Here’s a little about the show from The Children’s Theatre of Cincinnati.

Audiences will dive into the new season of The Children’s Theatre of Cincinnati with Ariel and her aquatic friends in DISNEY’S THE LITTLE MERMAID JR. which has been adapted from Disney’s 2008 Broadway production.  The show runs October 16-18, 24 & 25 at the Taft Theatre.  The show will be directed and choreographed by Roderick Justice. Lyrics by Howard Ashman and Glenn Slater, Music by Alan Menken.  Book by Doug Wright.  Based on the Hans Christian Andersen Story and the Disney Film produced by Howard Ashman & John Musker and written & directed by John Musker and Ron Clements.  Puppets by The Frisch Marionettes. Flying Effects provided by ZFX, Inc.

In a magical underwater kingdom, the beautiful young mermaid Ariel longs to leave her ocean home – and her fins – behind and be part of the world above. But first she’ll have to defy her father King Triton, make a deal with the evil sea witch Ursula, and convince the handsome Prince Eric that she’s the girl with the enchanting voice that he has been seeking.

DISNEY’S THE LITTLE MERMAID JR., The Children’s Theatre of Cincinnati, through October 25. Tickets prices are $7-$25 and show times are as follows:

Would you and a friend like to check out this performance on us?  Well, The Children’s Theatre of Cincinnati has partnered with Family Friendly Cincinnati to give one lucky reader TWO tickets to the opening night performance—that show is Friday, October 16th at 7:30pm.  Please make sure you can attend that show time before entering, as the performance time cannot be changed.  Must be 18 and live in the surrounding area to win.

Entry 1:  Tell me your favorite character from Disney’s The Little Mermaid JR.

That’s it!  Enter soon because opening night is going to be here before you know it!  The winner will be drawn randomly on Friday October 9th at 10pm and announced on Facebook.  The winner has 24 hours to respond before another is drawn.