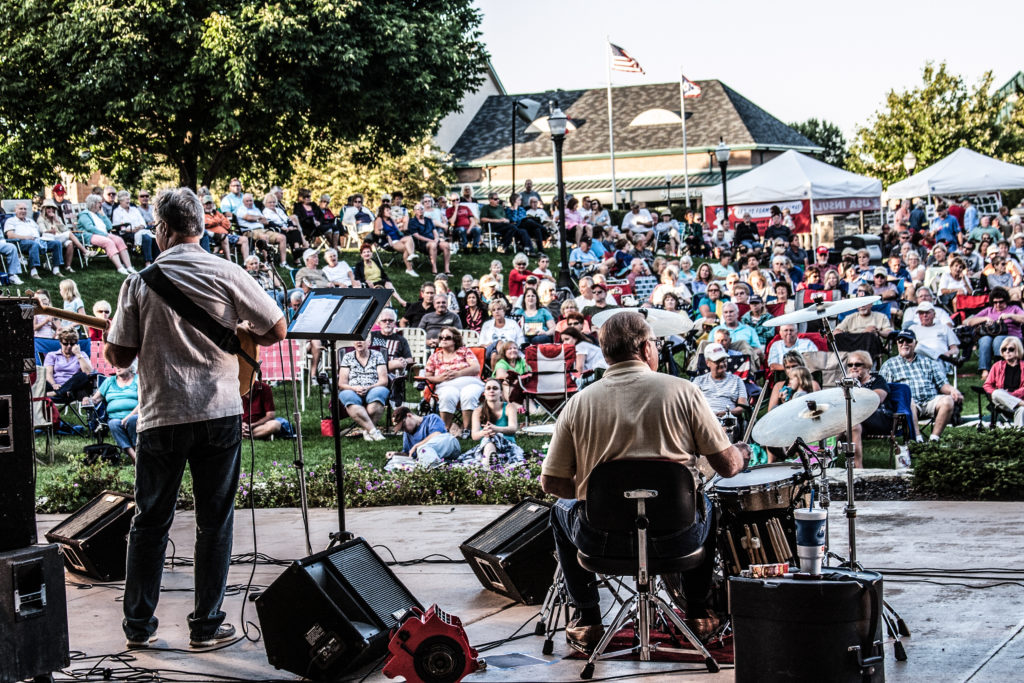 Presented by State Farm, THE Pierce Brown Agency, Fairfield Parks and Recreation’s Groovin’ on the Green Concert Series has a new look this summer.

An opening band will start at 6:30 p.m., with the headlining band starting at 7 p.m. The new lineup includes several new bands, with perennial crowd favorites rounding out the schedule. A broader variety of food vendors has also been added to the concert series.

Concerts start Thursday, May 31 at 6:30 p.m. with Fairfield High School Bands. Groovin’ on the Green plays every Thursday until September 6. There will be no concert July 5 due to our Red, White & Kaboom Independence Day celebration on Tuesday, July 3. All concerts take place at Village Green Park. The 2018 Event Partners are AAA Ohio and Clemmons & Wolterman Law Firm, LLC.

The Community Arts Center will open their balcony and community room each week for you to enjoy grilled food and drinks during the Groovin’ on the Green concerts. Dinner and drinks will be available from 6 to 7:30 PM, with the bar and balcony remaining open until 8 PM.