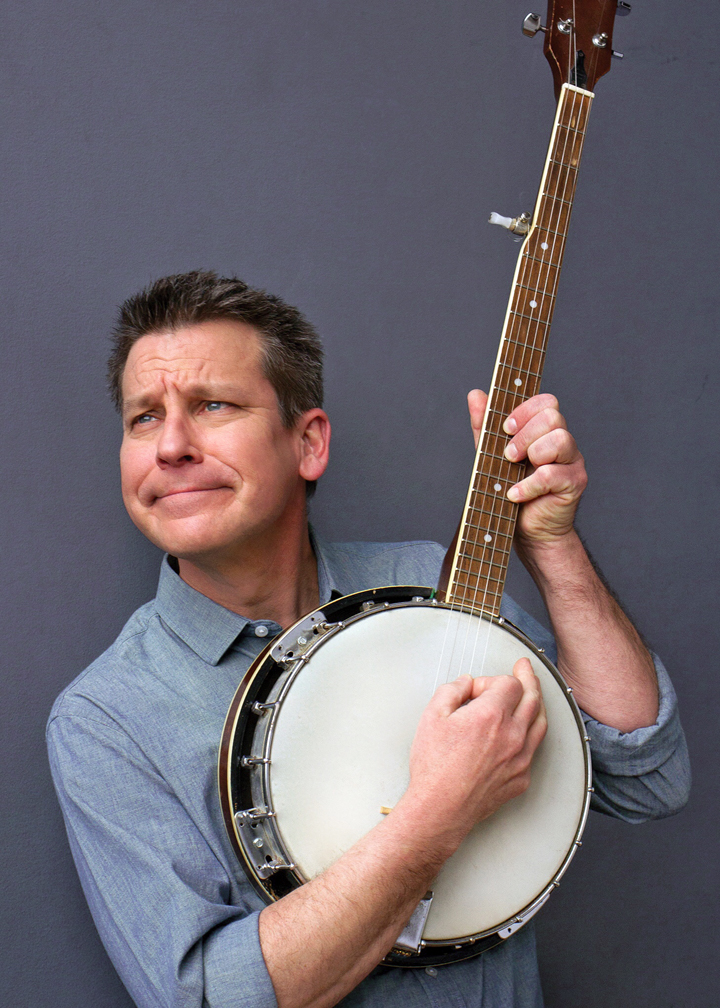 Jim Gill, an award-winning musician and author,  will perform at Boone County Public Library on Friday, March 31 at 7 p.m.  Every Jim Gill concert is an opportunity for family play! In concert, Jim strums energetic rhythms on his banjo while everyone claps, sings, and dances along to the silly and inspiring musical games that he creates.

The concert will feature songs from his newest CD release, Vote For Jim Gill! Jim will also lead families in active favorites such as “Spin Again” and his “Silly Dance Contest!”

Jim Gill is a musician and author with unique credentials among children’s artists. He is a child development specialist, completing his graduate studies in child development at the Erikson Institute of Chicago with a special emphasis on the study of play. For this reason, each of Jim’s recordings and books is created as an opportunity for playful interactions between a child and a caring adult.  Anyone who has experienced one of Jim’s family concerts knows that rather than performing for the children and parents, Jim leads them to sing and play together.

Jim has released seven award-winning CDs of music play for kids that are favorites in family rooms, classrooms, and playrooms.  He is also the author of two children’s books. His latest, A Soup Opera, is a sing-along opera inspired by concerts that Jim performs with symphony orchestras.  The book received an American Library Association award in 2010.

Jim’s distinctive music play creates a family room experience wherever the concert is held. Come and join in the fun!