FOR GROWN UPS ONLY

Wanting to kindle some holiday spirit, I attended at Saturday night church service hoping to sing a few holiday songs and to hear a hopeful message.  To my dismay, the music director began the service by stating that Santa Claus was not real.  “And if you have small children sitting with you in this evening’s service,” she warned,”well they should have been in the children’s class.”  I was mortified.  “No Santa,” I thought.  Isn’t this a place where we believe in the things we can not see?  The irony of the moment was as thick as Christmas Cocoa, but as bitter as the salt spread on icy sidewalks.  I looked around frantically trying to count the number of little faces in the crowd.  Those little faces reminded me of another little face, an eight-year-old face, named Virginia O’Hanlon who, in 1897 asked the question to the New York Sun newspaper, “Is Santa real?”

For all of those little faces sitting in the same church service I sat in last weekend, I have news, the true “good news.”  There is a Santa Claus. Veteran newsman Francis Pharcellus Church wrote this response to the eight-year-old Virigina O’Hanlon, “Yes, VIRGINIA, there is a Santa Claus. He exists as certainly as love and generosity and devotion exist, and you know that they abound and give to your life its highest beauty and joy….nobody sees Santa Claus, but that is no sign that there is no Santa Claus. The most real things in the world are those that neither children nor men can see.”

I experienced such love, generosity, and devotion at last year’s City of Independence Christmas Walk.  As a new single mom, the dark, cold, dreary days were taking a toll, so I mustered enough energy to take my two and four year old daughters to what we call Mayberry, aka the downtown square of the City of Independence.  To my surprise, the City of Independence Christmas Walk was a trip back to how I perceive life in the 1940’s or even 1950’s.  I’ve heard  my parents reminisce about the “good ol days.”   These “good old days” came to life that night on every corner, in every business, in every home, there were people to greet you, smile, offer a warm holiday treat or cup of cocoa.  There were dozens of kid-friendly activities for my girls.  Everything from ornament painting to coloring contests to camel rides.  Merry tunes from carolers and the thousands of holiday lights served as a magnificent backdrop to this wintery trip back in time.  At one point, a horse-drawn wagon with Christmas bells passed by, stopping me dead in my tracks.  I looked at the faces of my daughters, trying to catch the snowflakes on their tongues. Seeing their amazement of the falling flakes, I, who forgot about Santa and who did not believe in much of anything anymore, began believing once again.  Despite the cold snow falling, my heart and soul were warmed with the sincerity of the smiles, gestures, and Christmas songs sung. I began to believe in the goodness of people, in the humanity of a community, and in the magic of Santa and all that he stood for.  Santa, also known as St. Nicholas was a Roman Catholic bishop who helped the needy.  That night in the City of Independence, I was needy and received so many gifts, from so many people and the most important gift, a renewed faith in the things we cannot see.

This year, if you are like me, tired of the cold and dark days of your life, contemplating the reality of Santa in your life, consider traveling down the streets of Independence this Saturday.  I am certain you will find Santa and his magic on every corner, in every business, and in every song sung that evening.  Remember the irony I mentioned in the church that evening, well it grew even thicker when the music director stood up.  Her very round belly unveiled that she was expecting.  I wonder if becoming a mother will change her tune about Santa.

The Independence Christmas Walk, scheduled for Saturday, December 3 from 6:00 p.m. to 9:00 p.m.  features camel rides, petting zoo, a lighted country Christmas parade, nativity scenes, dance performances, train displays, and the list goes on and on.  This event gets a triple F rating (Family-Friendly-Free).  Don’t miss it.  For an entire list of Christmas walk events and times, please visit www.cityofindependence.org. 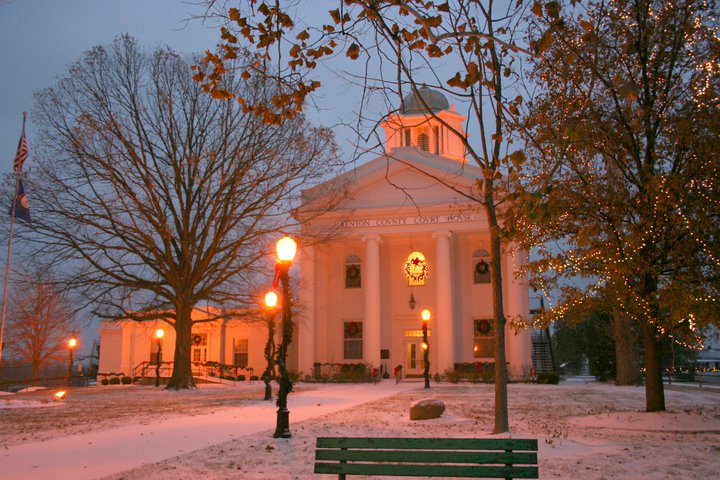