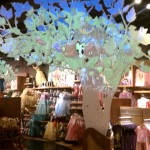 Yesterday morning Cincinnati got back a Disney Store. In fact, it’s the only Disney Store in the State of Ohio.  I can remember going to the Disney’s Store’s when my girl was little. She could have spent the entire day there. All of the princess costumes and her favorite characters where just there for the viewing.

The new store is a destination.  And it’s for both boys and girls – really anyone who loves Disney and all of the wonderful Disney Characters.  Who’s your favorite?  I have a soft spot for Tinkerbell, personally. 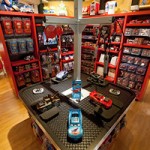 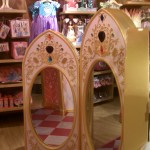 Kristin G. from FFC attended the opening of the store and thinks it’s a place kids will enjoy visiting and having an opportunity to explore. There’s so much for everyone to get to see and experience with opportunity for imaginative play and interaction.

The new store is located in Kenwood Towne Center at 7578 Montgomery Rd.  It’s open from during normal Mall hours. If you’re in the mall, you might just want to swing by and check it out and let us know what you think.

Be sure to stop by and visit me on my blog at Little World After All.

Photos are courtesy of Kristin G and Disney. Disney did provide Kristin and myself with a goodie bag. Quoted text and landscape information was provided by Disney.