One of our most popular posts from last summer is back – Free Summer Movies! We’re scouring the Tri-State for FREE Movie Nights and compiling a list for you.

There’s nothing more fun then grabbing your lawn chairs and blankets and heading out to the park to take in one of your favorite movies, and this year we think you’ll agree there are some great films being shown.

Be sure to bookmark this post as we’ll be adding to it as the summer progresses.

Colerain Township Parks & Services Department will again offer another year of free weekly entertainment at the Colerain Park Amphitheater! Families are invited to sit back and enjoy a fun family excursion! Free entertainment will run every Friday evening of June, July and August, plus one bonus concert a month on Thursday evenings. Teen Nights will take place on the 1st Friday of each month at 7:30 PM, with a teen movie starting at Dusk. Family Movies will run on the 2nd and 4th Fridays of each month at Dusk and will also include Kids Karaoke at 8 PM! Movie titles listed are subject to change, so please check close to the date to make sure the titl

Movies in the Park Lineup: 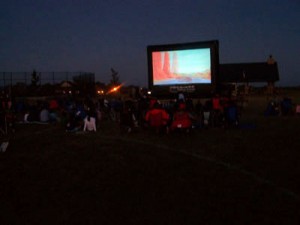 For those of you living near Deerfield Township, grab your blankets and chairs and settle in for a relaxing night under the stars. Throughout the summer, Deerfield Township hosts free Movies In The Park, alternating between Cottell Park, Landen-Deerfield Park and Fleckstein Park. Family friendly movies are offered on select Friday evenings, listed below. Movies will begin at dark. If weather is in question, visit the website before heading out.

City of Deer Park – Movies in the Park

Grab your blankets and chairs and head to Deer Park’s beautiful Chamberlain Park for free summer movies, one Saturday each month!

The City of Fairfield – Movies in the Park

This summer the City of Fairfield will show a different movie throughout the summer on the first Friday of the month through October. Once again, grab your chairs and blankets and get ready for a fun night watching a movie in the great outdoors. In addition to the movie, the Fairfield Fire Department will have pre-show fun for the entire family. All movies begin at dusk at Village Green Park.

Grab your blankets, pop-up chairs and even your pillows and head down for

a night of FREE family fun. Soft drinks and movie snacks are available for purchase and concessions include Skyline coneys, soft pretzels & pizza. Previews begin at 7:00pm, but we recommend you head down a smidge early so you can get a good spot on the square.

2011 Movie Schedule:
Watch trailers for all the movies, here, to make sure their age appropriate. 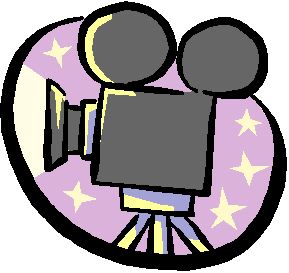 Head to Taylor Mill, KY for Friday Night Flicks on the 2nd & 4th Friday of June, July & August. Movies are free and shown at Pride Park at the H.Lee Moening Amphitheater.  Attendees are encourage you to bring a blanket, sit on the hillside and enjoy a movie under the stars. TheTaylor Mill Recreation Department sell drinks and popped popcorn, however, you are welcometo bring your own food and drinks. Movies begin at dusk. I could not find a list of movies at the time of this post, but I would recommend you watch the Taylor Mill Newsletter for a listing.

Presented by The West Chester Fire Department Association, West Chester Family Movie Nights begin at 8:45 p.m. at the Keehner Park Amphitheatre on Barret Road in West Chester. Bring a blanket or chairs and watch your favorite family-friendly movies under the stars. Movies are free.  Watch the City of West Chester website for movie titles as they were not available at the time of this post.