After closing unexpectedly a few years back, The Beach Waterpark is back and better than ever!  The Beach had it’s Grand (re)Opening on May 18th and they are ready for swimmers from across the tri-state to come have a day of fun at the park…or heck, even a whole summer’s worth of fun!  Get those season passes now!  A few writers from Family Friendly Cincinnati were treated to a VIP Press Tour last week, so we got a firsthand glimpse of all the changes that have been going on at the park.  It’s more than just a coat of paint, there have been changes big and small to make the park better for the public.  There was such a sense of excitement at the event last week.  Even though all of the rides were not running water yet, the ones that were looked like lots of fun!  And the staff all seems super friendly and excited about this summer’s re-opening.  I can’t wait to take the family back to The Beach Waterpark, we can pretend we’re really at the beach for the day!  Which won’t be hard with the real sand, real palm trees and people having fun in the water everywhere!

Here’s a run-down of some of the great things going on at The Beach Waterpark: 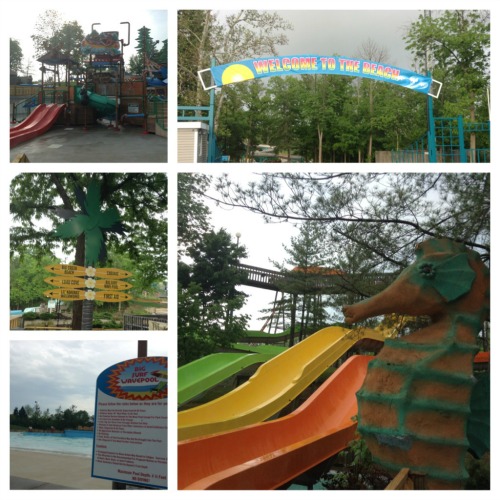 It’s nice to live so close to The Beach Waterpark when we live so far from an actual ocean!  Check them out this summer!

The Beach Waterpark is located at: 2590 Waterpark Drive  Mason, Ohio